The summer might be heating up, but Ford’s F-Series sales are merely lukewarm with the tiniest of month-over-month (MoM) upticks we’ve ever recorded since beginning our regular sales updates. The blue-oval brand delivered 9,821 units of its almost always best-selling model last month, which was just one single unit more than it sold in June, representing a fractional 0.01-percent gain MoM, while its year-over-year (YoY) growth retracted by -42.2 percent. Yikes! Of course, this last figure had more to do with a particularly strong July in 2020 than any negative trajectory issue now, but it clearly shows that Canada’s full-size pickup truck market hasn’t fully recovered from years before when the F-Series regularly sold in the five-figure territory.

This problem is reiterated further when pulling Ram’s full-size Pickup models into the frame, or for that matter General Motors’ normally top-5 placing GMC Sierra and Chevrolet Silverado. The Ram line of full-size trucks dropped from third over the past two months to fourth in June, while the Silverado made a surprise comeback to the top-10, although it was more unusual to have been left behind in recent months. Still more surprising, the Silverado beat its Sierra stablemate to seventh place, which meant GMC’s truck fell from sixth to eighth.

Back to Canada’s second-place finisher overall, Toyota’s RAV4 appears to be permanently occupying this runner-up spot, albeit last month’s position was secured by -7.4 percent fewer sales than the month prior. In total, Toyota purveyed 6,702 examples of its most-popular model last month, representing a 3.5-percent improvement since July of 2020.

Unmentioned thus far is the vehicle that pushed Ram’s Pickup down a peg, this being the ever-popular Honda CR-V that was in fact less than 500 units away from unseating the RAV4 for second. Honda’s compact utility has been steadily rising in the ranks throughout this year, from seventh in January to its current third-place position, but this might be the first time it’s risen to such great heights. The CR-V’s sales totalled 6,211 units in July, resulting in 2.8 percent growth MoM and a 22.4-percent gain YoY.

Revisiting Canada’s full-size truck segment, Ram found 5,023 new Pickup customers in July, for a MoM downturn of -19.2 percent, whereas its YoY results were off by -47.1 percent, or a bit worse than the F-Series. Speaking of being off, the eighth-place Sierra saw its July deliveries plunge more than twice as much as Ram’s Pickup; specifically, by -38.9 percent due to a mere 3,340 deliveries, while its YoY downgrade was 34.6 percent. The Silverado only lost 25.6 percent of ground over the past 12 months due to 3,792 deliveries, while the two GM trucks combined 7,132 deliveries, making them significantly more popular than the Ram last month.

Honda’s Civic and Toyota’s Corolla filled the gap between the two domestic automakers’ full-size pickup trucks, placing a respective fifth and sixth in the top-10 thanks to 4,883- and 4,152-unit sales apiece, but it wasn’t all bliss for these compact cars due to a negative -15.6-percent decline in MoM results for the former, and a 20.0-percent drop in MoM popularity for the latter. The Civic’s YoY downturn wasn’t quite as dramatic at just -1.3 percent, whereas the Corolla did better than in July of 2020, with a fairly strong YoY sales resurgence of 23.0 percent.

Last month’s unexpected top-10 sighting of the Hyundai Elantra didn’t last long thanks to the aforementioned return of the Silverado, but the South Korean brand managed to keep its Tucson amongst this upper echelon of best-sellers, due to 2,925 new buyers that only saw the compact crossover’s MoM sales slide by 6.2 percent, and YoY results actually grow by 1.0 percent, whereas the final 10th-place Ford Escape found just 2,871 new buyers for a 27.8-percent MoM fall from grace, and, identically to the Tucson, a 6.2-percent drop in sales YoY. 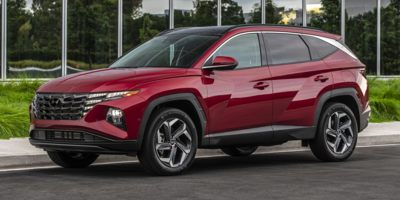