The Ram brand certainly had a holiday season to remember, as its sole pickup truck managed to outpace the Ford F-Series for the first time ever in December, with 6,619 deliveries compared to 6,128 for the F-Series. While the Ram’s sales were strong, up 15.6 percent month-over-month and 31 percent year-over-year, its success had more to do with a 44.6-percent month-to-month dive bomb over at the blue-oval, which represents a 26-percent downturn year-over-year.

General Motors was no doubt feeling festive too, as the GMC Sierra’s fortunes were elevated four places in overall vehicle rankings thanks to 4,011 deliveries, compared to just 3,601 in November. This represented a gain of 11.4 percent month-over-month, and a whopping 48 percent year-over-year, while the automaker’s near identical Chevrolet Silverado grew its year-over-year sales by 16 percent to 2,970 units, albeit only managed sixth place in the standings. Interestingly, if Sierra and Silverado sales were counted as one vehicle, which they are under the skin, the GM trucks would have been in first place overall in December with 6,981 deliveries total.

The Sierra’s strong showing knocked Toyota’s RAV4 from third to fourth, a place it had held since June. The RAV4’s 3,793 December deliveries represented a drop of 32.7 percent since November and 6 percent year-over-year, an anomaly that isn’t likely due to the introduction of the redesigned 2020 Ford Escape that pushed that model’s 3,116 December sales up more than 12 percent from the month before and 30 percent from December of 2018.

Behind Chevy’s Silverado, in seventh place, is Honda’s CR-V, with 2,641 sales after nearly a 35-percent decline from the previous month and 29 percent drop year-over-year, while the eight-place Toyota Corolla rose up to reclaim best-selling car status with 2,431 deliveries, albeit this while seeing a downturn of almost 32 percent from the month prior and 17 percent year-over-year.

The Corolla managed top-dog amongst cars because the Hyundai Elantra tumbled from sixth to ninth in the standings, after a particularly poor December saw just 2,150 new buyers, resulting in a 40.9-percent month-over-month sales slide, albeit 6 percent growth from December of 2018.

Lastly, 10th place was claimed by Nissan’s Rogue that hadn’t been in the top-10 since September when it sat ninth. The Rogue earned a December total of 2,144 units, which actually sees it down 7 percent from the same month last year. 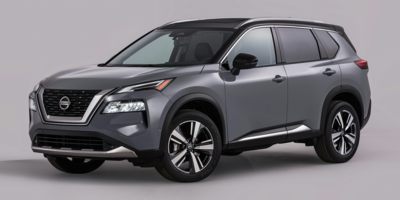