Normally this time of year, overall sales pick up strongly, but due to concerns about a dangerous virus making its way across the Pacific, and governments taking extra precautions that have slowed and, in some cases, shut down businesses entirely, including dealerships and automaker regional offices plus headquarters across the country, automotive sales have been almost cut in half.

Ford’s F-Series once again led the charge, albeit with just 7,263 units out of blue-oval showrooms, which represents a 39.4-percent drop since last month, and a plummeting 44.5-percent downturn year-over-year (YoY). Likewise, due to just 4,885 deliveries, Ram experienced an identical 39.4-percent drop in month-over-month (MoM) Pickup sales during March, although its YoY decrease was “only” 32.4 percent.

Continuing on the truck theme, GMC’s Sierra remained third on the March 2020 sales chart, but its total units fell to 3,009, representing the same 39.4-percent decline MoM, plus a slightly less disturbing 28.1-percent loss YoY. The near-identical Chevrolet Silverado, on the other hand, slipped from fourth in February to fifth last month, due to 2,845 examples sold for a (you guessed it) 39.4-percent downhill slide MoM and 40.7-percent skid YoY. The two trucks combined for 5,854 total full-size pickup sales under the General Motors umbrella, which would once again effectively place them in the second-most popular position, if Canadian sales statistics weren’t calculated by brand.

Once again, filling fourth-place as Canada’s best-selling SUV was Toyota’s RAV4, after gaining 2,872 new buyers for a 29.3-percent dip MoM, while its YoY number was a much more sobering 41.6-percent. Also moving up one notch in the rankings, the Dodge Grand Caravan shifted from seventh last month to sixth in March, albeit with just 2,142 deliveries, representing the month’s most common 39.4-percent MoM decrease, as well as a 36.4-percent downswing YoY.

Toyota’s Corolla gained the most by ranking, moving up from 10th in February to seventh last month. This makes it Canada’s best-selling car, but of course the good folks (previously) filling the offices of the automaker’s Toronto headquarters weren’t likely in celebratory moods, due to just 2,100 units that represented a 32.8-percent southward slide MoM, and a 47.9-percent slump YoY.

Honda’s Civic remained eighth in the ranking last month, making it Canada’s second-best-selling car, but its scant 1,883 deliveries might actually have had those in charge of its sales and marketing in tears. In fact, the Civic’s rapid 41.5-percent MoM descent is the most dramatic amongst last month’s top-10, albeit not as apocalyptic looking as its head-over-heels YoY tumble, which at 72.1 percent might best be described as a kamikaze nosedive. Of course, a car as perennially popular as the Civic will soon recover, and its temporary slump, like the Corolla’s, is also partially due to general consumer preferences changing from cars to crossover SUVs, as well as a model deep into its product cycle.

On the positive, Honda’s CR-V was once again counted amongst the top-10, placing eighth overall, but as with every other brand it seriously suffered from Canada’s health-related lockdowns, the result being a significant 69.6-precent YoY downward dive. Likewise, the Ford Escape re-entered the top-10 best-seller list with 1,363 sales, but saw its YoY numbers plummet by 61.7 percent.

Overall, it appears as if the entire Canadian auto industry was hemorrhaging red ink last month, but despite our various governments’ predicting “two weeks to flatten the curve,” it’s already apparent we’re in for more carnage in April. 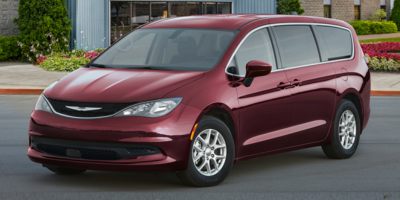