Aiyaz the sales rep was excellent to deal with! The sales manager, not so much. Had to leave the dealership when it looked like they were not ready to move any more.( we were $600 apart when I left). Got a call on my cell by the time I got home from the sales rep wanting to keep negotiating. I came up another $200 dollars. After another 2-3 phone calls from the sales manager we settled on a price of 3% over cost! Toyota in Sherwood Park was the ONLY dealer between Honda and Nissan that made security etching and nitrogen in the tires a option. Sales manager, while I was @ the dealership called CarCost Canada report "LIARS". I got great pleasure when I saw that he was visibly upset that I would even have the balls to bring that report into his dealership as legitimate info! In the end, I got the price I wanted! This is the second time I have used your service, and I highly recommend it! It helps preparing me with info so that when I have gone in to negotiate, it has enpowered me!

2012 Toyota Sienna is a very good choice for family vehicle specially if you have kids. Very good on gas and very spacious inside. Tips to people who are ready to buy their vehicles of choice, do your research before negotiation, make sure you know the car loan calculation whatever you wanted to pay, wholesale+3% is a very good strategy that really works for me.

I strongly advised others to go with Car Cost Canada price. 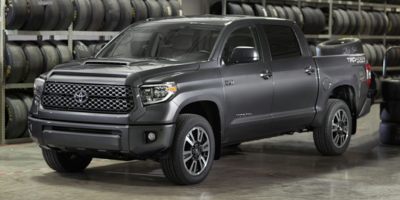 Toyota Tundra recommended by friends who are owners, towing capacity, try something I have not previously owned. Dealer was the closest to where I live, convenience, give them first opportunity to make the sale. I did not mention I had the report, the report gave me a better negotiating position.

I offered 2% over the wholesale invoice cost, which the dealer accepted. I also REFUSED to pay any sort of "admin" or "documentation" fee; that's simply another term for "margin grab". The dealer accepted that. Sherwood Park Toyota was "straight up" with me and accepted the fact that I was prepared (i.e. CCC Report) and not willing to "haggle" on price. I offered 2% over invoice....take it or leave it. Sherwood Park Toyota is a great dealership; strongly recommend it if you are looking for a Toyota.

Be aware of the extras, you can deal on the options.